Realme ui vs MIUI – As compared to stock android the smartphone company is preferring and focusing on custom UI or custom skin android in their smartphones. There is a various reason behind choosing a custom UI or custom skin of Android in smartphones. Among various reasons, the most popular reason is customization.
In custom UI the users can custom the functions more as compared to stock android. So, we may all know that MIUI is one of the most popular custom UI from the Xiaomi company. There was a time where MIUI is one of the best and single custom UI to provide a lot of customization features in its smartphones. But with the arrival of 2020AD, the trends are changing and now Realme UI from Realme smartphones are in competition with MIUI. So, let’s talk about realme and miui and decides which is best.

o   1. Availability of Software
MIUI is a custom UI or custom skin used in all Xiaomi smartphones like Redmi series, Poco series and MI Mix series. So, the use of MIUI is not limited to a single brand but Realme UI is used only in Realme devices. Before the arrival of Realme UI Realme smartphones were running on Color OS from OPPO. But now new Realme smartphones are running in its own UI called Realme UI.
o   2. Customization & Looks
Both UI are ahead in providing advance customization features in its smartphones. From the theme store, the users can download various themes and app icons to customize the looks of the smartphones. Realme ui and MIUI both UI has its own theme store for downloading the themes and helps in customization of the smartphones with the numbers of themes, smart lock, screen saver, live wallpaper and icons.
Although both ui (realmeui vs miui) has customization features and theme store Realme UI is quite better than MIUI in terms of customization. Realme ui has a default icon changing system in settings so it is no need to download any app icon app changer and icon pack form the store. In Realme ui the users can change the app icon pack into around look, triangular look, spin look, etc. Users can change shapes and sizes by default by in Realme UI.
Also Read:
Xiaomi Facts – Xiaomi Company Intresting India Fun Facts
Samsung Vs Redmi Xiaomi
Why Non-Removable Battery In Smartphones?
Why Nokia is No.1 in Android Updates?
o   3. Dark Mode Features
In terms of Dark Mode both UI supports the system-wide Dark Mode in smartphones which helps the user’s eyes to save from the strain and Blue light coming from the screen. In both ui (realme ui vs miui) the users can feel the better user experience which makes them keep on involving with that ui.
As compared to MIUI 11 Realme ui is better in terms of Dark Mode because of Realme UI supports 200+ Third-party apps for Dark Mode but MIUI supports a smaller number of third-party apps in comparison. But both the ui support full system-wide Dark Mode in all inbuilt and default apps of the smartphones.

o   4. Smart Assistant
To find out and use the frequently used apps that are easy to access in both Ui. The users can get a feature of Smart Assistant where the users can add the shortcut of the limited numbers of the app to use easily and by saving the time. In smart assistant, the users can find the calendar events, app shortcuts, device optimization option, search bar and many more. Any users can access to Smart Assistant in both UI by swiping the left from Home Screen. One can customize, remove and add the shortcuts easily. At all both the smart assistants are handy, user-friendly, work without any hassle and helps to saves the time.
Top 10 Features of MIUI 11
o   5.  Sidebar and Quick ball (Quick App Launch)
As like smart assistant both UI (realme ui vs miui) has a feature of Quick App Launch. Using these features the Realme and Xiaomi users can handle their favorite apps and services in a single tap. In Realme, we can get this feature with Smart Sidebar name. In Smart sidebar, you can add apps and quickly access them with the Smart Sidebar button in Realme smartphones.
As like Realme UI MIUI also offers the same features with different name called Quick Ball. Using a quick ball, the MIUI users can access their favorite apps in a single tap. In Quick Ball option MIUI users can you can add five apps to be accessed instantly.
o   6. Dual Apps Features
The most useful feature that we get in both UI is Dual App features. The users can use Dual Apps features to log in many accounts in a copy of original apps. In terms of Dual, Apps MIUI supports the greater number of apps in dual apps features.
MIUI provides the dual app’s features with ‘Dual Apps’ options whereas Realme provides the dual app’s features with ‘App Cloner’.
o   7. Gaming Mode
In realme ui vs miui both are equal in terms of gaming mode. The users can turn on gaming mode anytime while or before playing the heavy games in Realme and Xiaomi smartphones. Gaming mode helps to increase gaming performance and gives more relaxation to the users.
o   8. Notification Panel
Notification panel or status bar is one of the necessary features and options of every smartphone from the initial stage of smartphones. So, in both UI we can get a handy notification panel which makes the users to use out the shortcut and necessary options like Flashlight, Data connection, Wi-Fi, Screen recorder, GPS, Cast, Battery Saver, Hotspot, Dark Mode, etc.
o   9. Screen Recorder
Screen Recording features are available in both UI but as compared to MIUI 11 the screen recording features of Realme UI is better (realme ui vs miui). In Realme UI the users can record the screen more advanced by using or recording the front camera too. Although MIUI 11 Supports Screen Recording features it doesn’t provide an option to record the camera in time of screen recording. Realme UI’s screen recording feature helps to record video from the front camera as well with the audio easily but MIUI 11 does not have this option.
o   10. Smart Screenshot
To provide screenshot option in smartphones is one of the common tasks these days but this UI is providing smart screenshot features that help the users to take a screenshot of the screen more smartly.
In MIUI 11 the users can take a screenshot of the screen by swiping down three fingers. Before saving it to the Gallery MIUI users can Doddle, Text, Mosaic the screenshot.
6 Smart Method to Take Screenshot in Laptop
In terms of smart screenshot (realme ui vs miui) Realme UI is better than MIUI 11 because in Realme UI the users get additional more functions. It is possible to take a Partial screenshot in Realme UI. The user has to touch and hold 3 fingers to take a partial screenshot. Similarly, to take a full screenshot the user has to touch and hold 3 fingers and swipe it down.

o   11. PSM (Power Saving Mode)
Realme UI is ahead in Power Saving mode. As compared to MIUI, Realme UI is better for providing advanced options. This UI provides three Power Saving options,
High Performance Mode– More Power Consumption
Smart Performance Mode– Auto Improve Performance Based on Usage Performance
No Performance Mode– Turn Off Improved Performance to Extend battery use.
o   12. Sound features
In terms of sound features both Ui are doing some different that other UI. If we talk about MIUI then MIUI provides the Nature Sounds for Ringtones, Notification tone and Caller tone. As like MIUI, Realme UI also provides new sound features called Humanity Sound.
MIUI vs Color os vs Funtouch os – Which is Best!
Difference Between Mi and Redmi
Samsung Vs Redmi Xiaomi
o   13. Privacy & Security
Both the UI has almost all necessary security features with regular and updates security patches to keep the device secure from malware and attackers.
o   14. Ads
Ads is one of the major sources of income of every custom UI. So, it is sure that in both UI (realme ui vs miui) the users get ads that may disturb while using smartphones online.
See also  Google Tangi App – TikTok Alternative 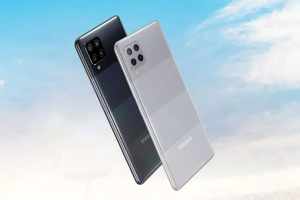 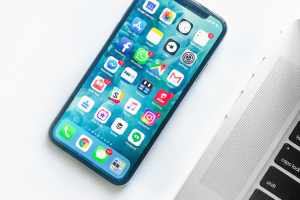 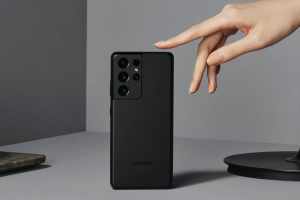 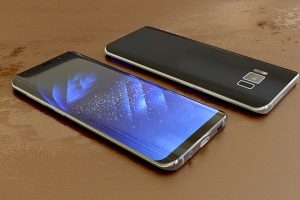